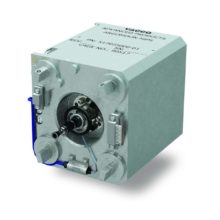 VACCO Industries was a sponsor of the 2017 International Electric Propulsion Conference (IEPC) which was held from October 8 through October 12 at the Georgia Institute of Technology. Our team had the pleasure of meeting and discussing innovations in electric propulsion with professors, NASA scientists and engineers at private companies.

VACCO Chief Engineer Joe Cardin presented a paper on the design of a CubeSat High Impulse Propulsion System at the December 2016 JANNAF conference. The CubeSat High Impulse Propulsion System (CHIPS) is currently under development by CU Aerospace in partnership with VACCO Industries. It is intended for use in CubeSat and micro-satellite platforms expected to execute missions involving more than basic orbit maintenance i.e., substantial altitude changes, formation flying and proximity operations such as rendezvous and docking.

Our Summary of the 2017 CubeSat Developers Workshop

VACCO engineers attended the 2017 CubeSat Developers Workshop which was held at the Cal Poly Performing Arts Center in San Luis Obispo from April 26 through April 28. The 14th annual conference was attended by participants from all across the world who discussed innovations in space and CubeSat technology.

NASA and Lockheed Martin Discuss the Orion Program at VACCO 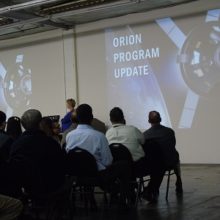 On March 23, 2017, we were honored to host Annette Hasbrook, NASA Associate Program Manager of Orion and Larry Price, Deputy Program Manager for Orion at Lockheed Martin. They gave VACCO employees an overview of the NASA Orion Program and discussed the future of NASA Manned Space Flight. 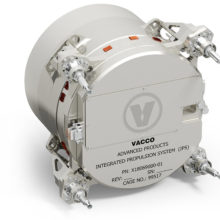 VACCO provided valves and filters for the all-electric propulsion system in the Boeing satellite ABS-2A which provides direct-to-home television services to customers in several regions including Africa, the Middle East, North Africa, Russia and parts of Asia.

Hydrazine and its derivatives have been the traditional propellants for spacecraft since the 1960s. It is a conventional rocket fuel. Hydrazine is a hypergolic propellant. As such, it can ignite on contact with an oxidizer and does not require an independent ignition source. This attribute makes hydrazine a particularly well suited monopropellant for spacecraft maneuvering systems that require frequent restarting capability.

Our CubeSat propulsion system engineers attended the Small Satellite Conference that was held from August 8 to 13 at Utah State University. The conference is an internationally recognized annual gathering for the small satellite community to review achievements and explore opportunities in small spacecraft development. The conference draws prominent speakers from the armed forces, academia and the sciences. 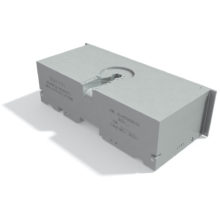 Our JPL MarCO CubeSat propulsion system is featured in a video by Chemical & Engineering News. The video discusses the role of CubeSats in the NASA Mars Insight mission scheduled for May 2018 and how they can pave the way for future interplanetary CubeSat missions. The Insight mission is highly anticipated because it will be the first interplanetary deployment of a CubeSat. The Mars Cube One (or MarCO) CubeSat will relay engineering data from the Insight lander as it travels to the surface of Mars. 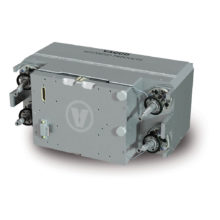 The 13th Annual CubeSat Developer’s Workshop was held in San Luis Obispo, CA at the California Poly Technic State University from April 20 through 22. VACCO CubeSat engineers were in attendance to support the CubeSat developer community.